London Gateway is a major new development under construction on the north bank of the River Thames in Thurrock, Essex. It comprises a large new deep-water port, which will be able to handle the biggest container ships in the world, as well as one of Europe’s largest logistics parks, providing effective access (by road and railways) to London and the rest of Great Britain. The complex will involve world-leading technology to increase productivity and reduce costs for shipping lines and the logistics industries.

The development will dramatically increase the capabilities of the Port of London in handling modern container shipping and help meet the growing demand for container handling at Britain's ports.

The project is being undertaken by the owners, DP World, one of the largest marine terminal operators in the world. Construction began in the first quarter of 2010 and is expected to take several years, with the port and logistics park completed in stages. The first stage of construction is underway, in the form of a £400 million dredging and reclamation programme (by Brett Aggegates), led by a joint venture between contractors Laing O’Rourke and Dredging International. 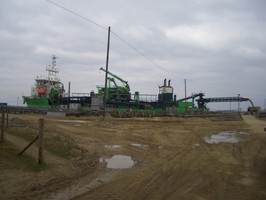 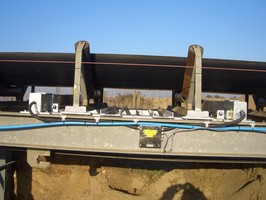